Warren Mayor James Fouts will honor the man who intervened in the stabbing of a GM employee February 10 at the GM Tech Center.

The ceremony, including the presentation of a special mayoral proclamation, was held for Didarul Sarder, in the Mayor’s Office in City Hall.

Marty Clauw of Elegant Jewelers contacted Mayor James Fouts about rewarding Didarul which resulting in an agreement to donate a $1,000 gift certificate at the ceremony.

Sarder, a parking valet supervisor at the Tech Center, witnessed the stabbing of a 52-year-old GM employee and immediately upholstered his concealed handgun. After the assailant saw the weapon, she stopped the attack. “This is a clear act of heroism by Sarder, probably saving a life,” said Fouts. “He deserves special recognition for his quick action.” The victim was stabbed multiple times and was operated on immediately. When it was rumored that Sarder was being terminated from his job from the valet company for carrying a concealed weapon, Mayor James Fouts criticized the heroes’ possible termination by saying, “We need to reward heroism, not punish it.” Later authorities decided not to terminate him.

A video of the assault and subsequent heroic action of Didarul Sarder can be seen here. 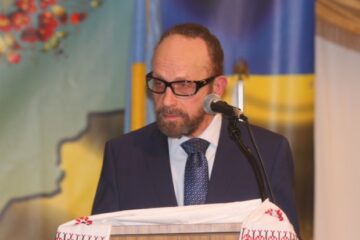 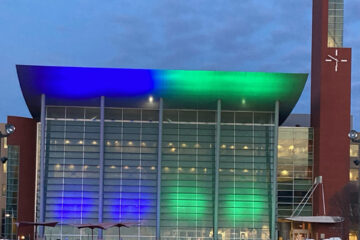 Warren Mayor Jim Fouts recently directed that Warren City Hall be lit up blue and green from dusk until dawn on Friday, Feb. 26, 2021 to bring awareness to eating disorders during National Eating Disorders Awareness week (NEDAwareness).  This is the second Read more… 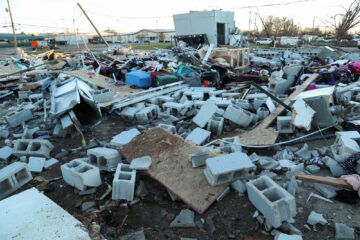 City Leadership Working With Southern Macomb Warthogs and Warren Chamber of Commerce to Provide Aid to Those in Need Warren Mayor Fouts announced this effort on Sunday at the City’s Christmas Tree Lighting Ceremony, a Read more…