Warren Mayor Jim Fouts has directed that the front of Warren City Hall be lit up Monday, November 6 from the color purple, which will dawn City Hall from dusk to dawn in solidarity with National Alzheimer’s Awareness Month.

Get involved this month, and help raise awareness for Alzheimer’s disease. 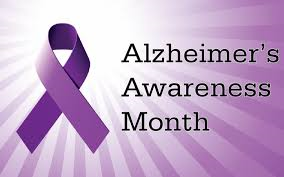